We know you are always waiting for our unique trading contests and new features. So here we are, back with another contest, and this time we present you the Grand Crypto Contest. 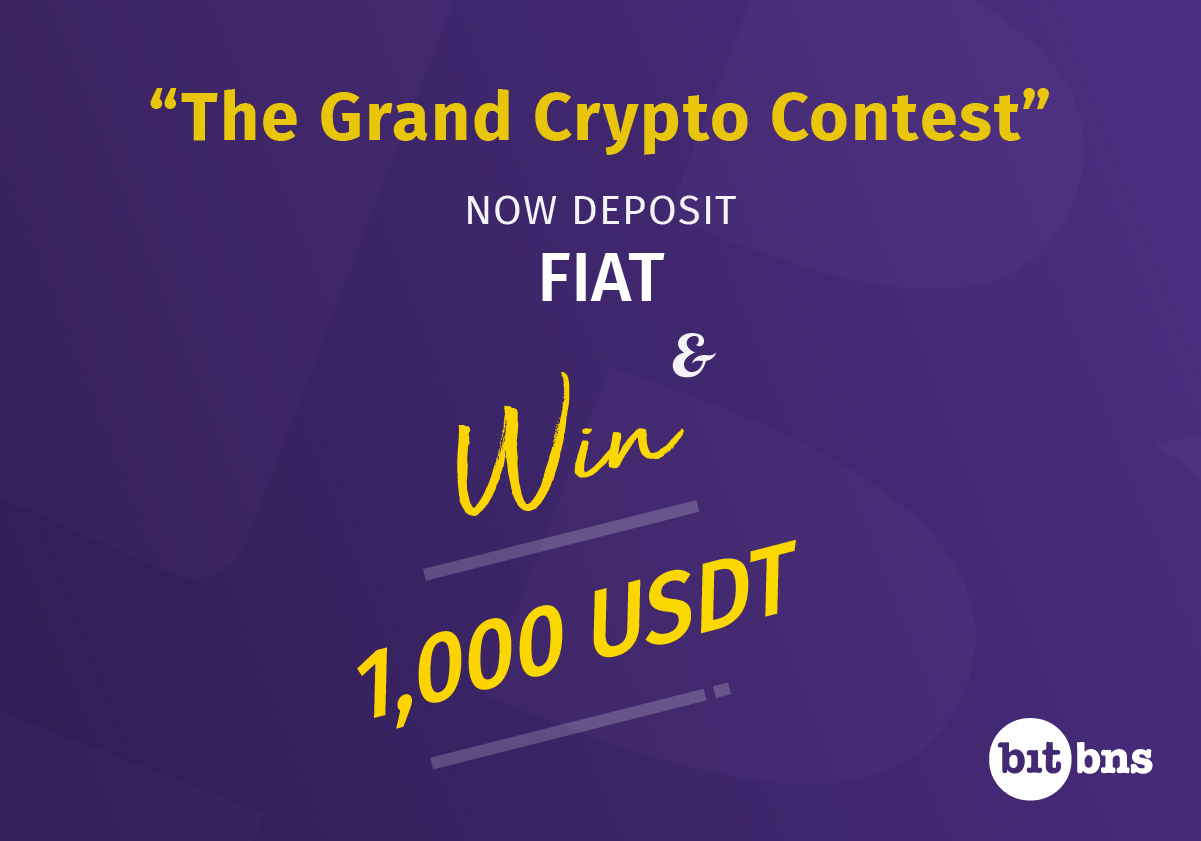 During the contest period, for every 100 USDT deposited via P2P mechanism on Bitbns, 0.5 USDT would be unlocked and added to the reward bucket, until the bucket reaches 1000 USDT.

How much can you win?

The total volume to be traded in P2P transactions in order to unlock the reward of 1000 USDT would be 200,000 USDT.